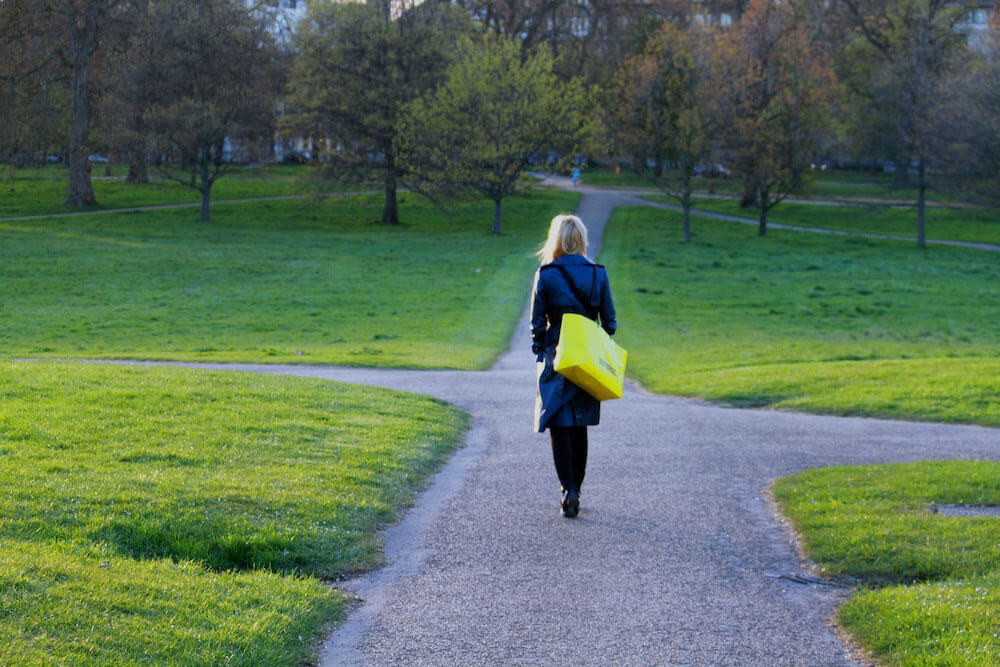 Can't make a decision? Try this

When you can’t make a decision the feeling of mounting pressure can be intense – and the impact of not taking action can be bigger than you think.

A while ago I coached a woman who absolutely hated her job. I mean, really hated it. She described herself as “feeling slowly suffocated” by the time she spent at work… and yet when we talked it through, she told me there were simply too many options.

The choice felt too tricky to make. And meanwhile, she was stuck in the same routine, spending her time in a place that she hated while she put off making the “wrong” decision.

If you can relate to that feeling of being stuck, I want to share a simple process that can help you. But first, let’s get clear about one thing.

There are some decisions that you clearly don’t want to rush. If you’re considering something like whether to remain in your marriage; uprooting your family to move halfway round the world; or taking on a massive investment in a renovation project, you’ll likely want to spend some time meditating on the best course of action.

But as a rule of thumb, the faster you’re able to make decisions, the more successful you’ll be.

That’s not because you’re necessarily choosing the best course of action every time. But whatever action you do take gives you feedback – even if it’s that “this isn’t working” – and the opportunity to course correct.

So instead of getting new and different feedback from each choice, you’re stuck in a loop of running over the same options, and the same potential outcomes, without getting anywhere.

This is what we call being in “Analysis Paralysis”. It describes those times when you’re not just taking your time over a decision, but putting off making it all together.

When you’re in that place, the inertia and “stuckness” can start to creep into all kinds of other areas of your life.

So how do you make a decision?

Whether you’re choosing between two options that seem equally good, or gritting your teeth to choose between options where nothing feels ideal, here’s a 5 step process to move you out of inertia and into action.

You’ll know when you’ve moved from “weighing up options” and into paralysis – so be honest with yourself. After a certain amount of time, you’ll find you’ve tipped into a place where it’s no longer about making the “right” decision as making any decision.

Maybe you’ve just set up your own coaching business and you’re trying to decide what to launch with.

Should you offer a group program, one-on-one coaching, or host an event? The reality is, after a while, you’ll get to a point where leaving the decision any longer is going to wind up with you broke.

Doing nothing isn’t an option.

You’re stuck in analysis paralysis – and it’s time to move on to step 2.

2. Get into the right state

We use the 5 Women’s PowerTypes™ to inspire the most powerful versions of ourselves, and the PowerType connected to decision making is the Queen.

When you connect to the Queen PowerType you’re accessing a specific set of resources that will enable you to swiftly take action without second-guessing yourself.

The Queen is serene, decisive, and she’s also visionary: she sees the big picture, and she’s clear. She knows that decisions need to be made, and she also knows they can be difficult.

What’s powerful about the Queen when it comes to decisions is that she’s connected to her logic – she wants to gather all the information that she needs – but she also trusts her intuition to steer her right. Above all, she wants the best for everyone she cares about.

How can you connect to Queen energy? Try thinking about the qualities I’ve described here – is there someone you know, in real life or a public figure, who exemplifies them? What would your posture look like if you were the Queen? How would you look at this issue that’s got you foxed?

If you’d like more inspiration for accessing the Queen, click here to download Life’s Little Toolkit. Along with our favourite resources to help you meet life’s challenges, it contains a guide to all 5 Women’s PowerTypes and some playlists to help you connect to their essences.

Once you’re in that Queen energy, ask yourself what you know in your heart.

Sometimes, when it feels as though you’re stuck, it’s because although you know what course of action you should take, you just don’t want to. Maybe it’ll make someone angry or upset someone, even though you know it’s the right thing to do.

Listen for the answer and list out everything you do know in your heart.

One of the biggest ways you can get stuck in decision making is when you start to focus on everything you don’t know.

So shift your focus. Write down everything you DO know about the situation, and trust yourself, as the Queen, to be able to use this when you move forward.

4. Ask “Do I have enough information to make this decision?”

The Queen is happy to make decisions; she knows it’s for the good of everyone in her realm. But she won’t make one unless she has all the information she needs.

Maybe you’re missing a key piece of information that would allow you to make a final choice. If that’s the case, work out what’s missing and take steps to get all the details you need.

It’s not about getting tangled in endless research! Work out what you need to know, and commit to taking action once you have it.

You’re clear on what you know in your heart.

And you’ve made sure you have all the information you need to make your choice.

Now is the time to move into action.

But because this is the part you’ve been avoiding, you might experience a bit of resistance here – what if you make the wrong decision?

Here’s the good news: once you’ve got stuck in analysis paralysis, in most cases there is no longer a “right” decision. The impact of being locked in procrastination and not going anywhere means that ANY action you take is going to improve things.

If you discover that the choice you’ve made doesn’t work out, that’s useful feedback that will allow you to course correct and move onto something else. But you won’t get that until you move into action.

So the woman I was coaching didn’t need to waste her time trying to predict exactly what she should do when she left her job. Having gone back and forth about what to do, the right decision was simply to take action and leave the job that was draining her.

Whatever comes next, trust that you’ll be able to handle it. Whilst every option remains hypothetical, it’s impossible to know how it will pan out or what the “best” step is.

What are you in analysis paralysis about? What are your challenges and how are you going to move forward? Let us know in the comments – let’s celebrate moving into action!