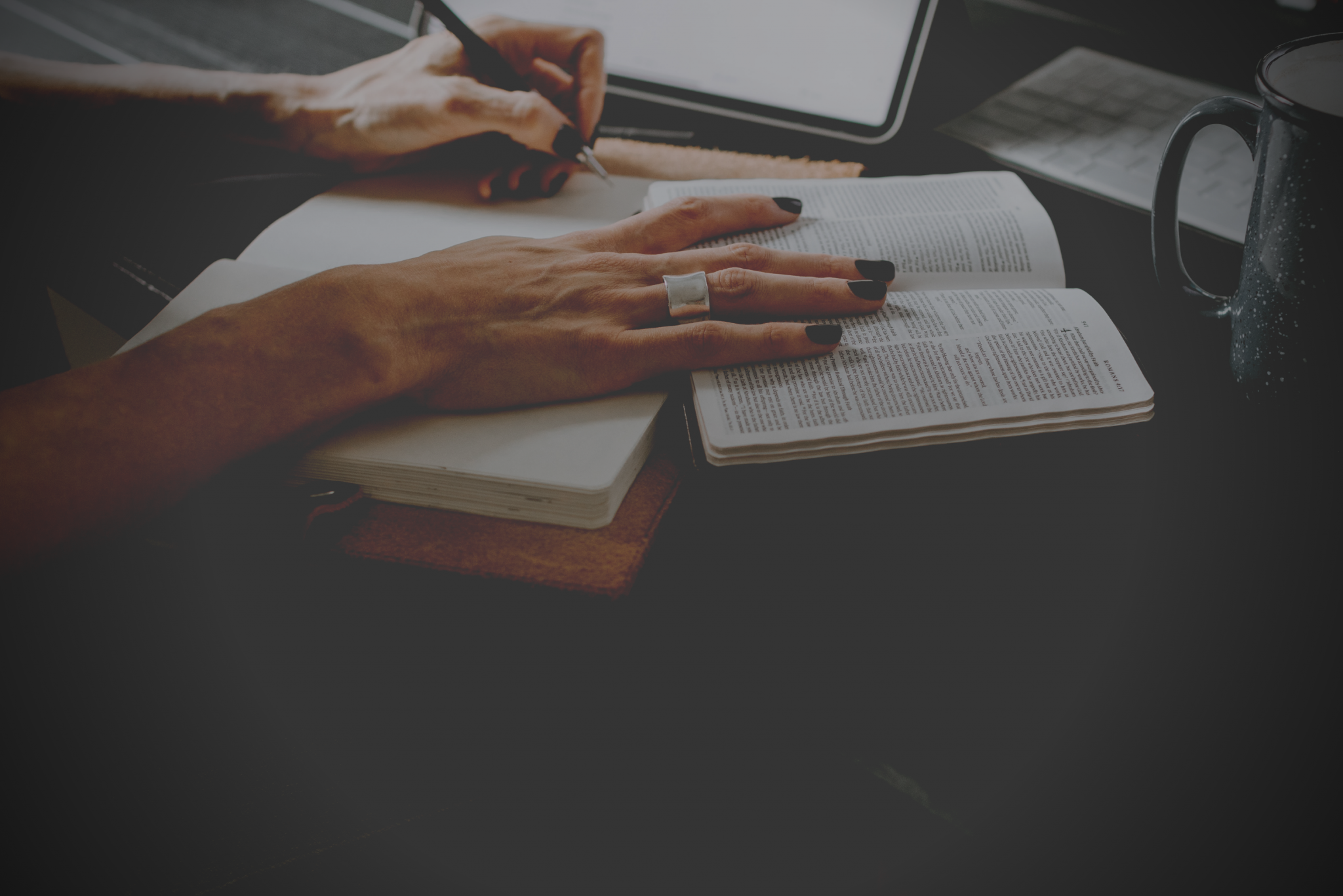 Today I want to share my thoughts on Jacinda Ardern’s leadership style – and why I see her as such a role model for women who want to create change.

First, let’s think about why there are so few women who display Ardern’s leadership style. When you look at the timeline of human history you observe that it’s only relatively recently that women were allowed access to the spheres of education, commerce and politics. It’s no surprise therefore that our role models for leadership were moulded to distinctly ‘masculine’ characteristics – competition, assertiveness, achievement.

In order to succeed as leaders women have tended to adopt these masculine traits. The successful female leaders we recall – the ones who ‘get stuff done’ – are often the ones with a singular focus, a desire to win, the ones who want to be seen as high achievers. The Superwomen.

Comic female superheroes exude the same masculine energy as their male counterparts. They fight, they are physically strong, they succeed by dominating. They are also drawn with the physical traits of the other female stereotype we associate with power and influence, the woman who uses sex as power.

However, more recently we have seen the emergence of a third example of female power. One that draws on more feminine characteristics – modesty, compassion, empathy – what I call Soft Power and exemplified by the New Zealand Prime Minister Jacinda Ardern.

Before we look at the characteristics of Soft Power, I want to be clear that this is not an argument about what type of energy – masculine or feminine – is best for leadership. That is a question for the individual, only you can decide what energy you need to power your leadership, and when. There will be times when you need masculine energy to power through a particular challenge, and there will be times when Soft Power is more appropriate.

I founded One of many® to empower, support and encourage women to step into leadership. And to advocate for a greater understanding and appreciation of Soft Power, because I believe – and the evidence on burnout and stress bear this out – that we are currently missing out on a rich talent pool because the masculine role model of leadership burns a lot of people – particularly women – out.

The hallmarks of Soft Power are collaboration and collectivism. Facilitating collaboration requires a leader to be courageous, connected, compassionate, clear and creative.

● A courageous leader leads by example. Dedicated, involved, quick to act, they lead through championing their cause & participation.

● A connected leader looks after their own wellbeing and that of others, they lead through invitation & appreciation.

● A compassionate leader is patient and kind, always looking to bring out the best in others, they lead through love & encouragement.

● A clear leader is comfortable and certain of themselves. With a clear vision of what they want for their colleagues and customers, for their family and friends, they lead through vision & inspiration.

● A creative leader is innovative, curious, able to facilitate transformation, they lead through faith & wisdom.

The 5 C’s of Jacinda Ardern’s Leadership

It takes a certain degree of courage to lock down your country and close its borders. But it is a different type of courage to announce a national lockdown and then go on Facebook Live – fresh from (and still dressed for) bathing your toddler and putting them to bed – to answer questions about the new restrictions.

There’s no surprise that Ardern is as loved as she is by so many. She brings her whole life force energy to everything she does. Fully embodied and fully present, she is connected to herself. Ardern’s leadership feels personal – as though we’re really getting to know her. But more than that, she is interconnected.

I have noted how she uses language to connect others. Approaching the end of lockdown in May 2020, she thanked her “team of five million” for the sacrifices they had made to protect the most vulnerable.

In her election acceptance speech last October, she used ‘We’ 30 times and ‘I’ only six times. Three times to thank people and the other three times to say ‘hope, believe and promise’. There’s no ‘I’ in Ardern’s team, she is a leader that leads from collaboration and connection, not individualism.

I remember that feeling of revulsion, grief and huge sympathy when news of the New Zealand mosque shootings first broke. But showing that sympathy, wearing a hijab, and then addressing your Parliament with an Arabic greeting, all while under the lens of a western media arguably tinged with Islamaphobic sentiment, was an incredible demonstration of compassion. Ardern’s leadership exemplifies this compassion-led approach.

‘Be Strong, Be Kind’ is more than an election slogan for Ardern, it’s a way of being. When she hugged first responders after the volcano eruption on White Island killed 21 people, no one suggested it was just for the cameras. Similarly when she announced she would take a 20 per cent pay cut to her salary in recognition of the financial impact the pandemic was having on people’s incomes, no one said it was a publicity stunt. Her concern for the wellbeing of others is obvious and it is earning her widespread appreciation at home and abroad.

Prime Minister Ardern has been clear and consistent in her COVID-19 strategy, “go hard and go early”. Border closures and a system of alert levels and associated restrictions were introduced within three weeks of New Zealand’s first COVID case being identified. Just over two months after the Country entered full lockdown, all restrictions were eased and by June 2020 sports fans were back in stadiums.

Throughout, Ardern has not tried to sugar-coat how challenging and difficult the response would be, but when asked early on in the pandemic if she was scared, she replied “No, because we have a plan”. Her resolute clarity was one reason why voters re-elected her by a landslide in last year’s General Election, and gave New Zealand it’s first majority Government in over 25 years.

Creativity in leaders can be misunderstood. People can think it means endless new ideas and initiatives, when really it’s the ability to facilitate change by questioning, listening and responding. Ardern wasn’t the only international leader who didn’t know how to handle a global pandemic. But unlike some of her peers she didn’t attempt to play down the threat, instead she quickly sought the advice of epidemiologists and then acted on it decisively.
Where other leaders might have focused on the specifics of the attack, Ardern’s response to the mosque shootings was to frame the attack not as an attack on muslims, but as an attack on everyone in New Zealand – (the victims) “are us” and the “perpetrator is not” she said; vowed never to say his name and then legislated to ban assault and military-style weapons.

A powerful example of the strength of Soft Power

As well as admiring her as a role model for Soft Power, I also connect with Ardern’s purpose. I founded One of many® because I want my children to grow up into a better world, and I believe greater diversity in leadership will help unlock that. Ardern says she got into politics because of children and wants to transform her country for the wellbeing of children and young people.

In her first term as Prime Minister she committed to halving child poverty in New Zealand by 2028. Conscious that our degrading environment will have huge consequences for future generations she announced a ban on single-use plastic bags throughout the country. During the early days of the pandemic she held a press conference just for children, saying they needed extra help understanding the pandemic, and followed it up days later announcing that Easter Bunny and the Tooth Fairy were essential workers and were exempt from lockdown.

Jacinda Ardern’s leadership style is a powerful example of the strength of Soft Power.

As she told The New York Times in 2018: “One of the criticisms I’ve faced over the years is that I’m not aggressive enough or assertive enough or maybe somehow, because I’m empathetic, it means I’m weak. I totally rebel against that. I refuse to believe that you cannot be both compassionate and strong”.

Let us know in the comments!