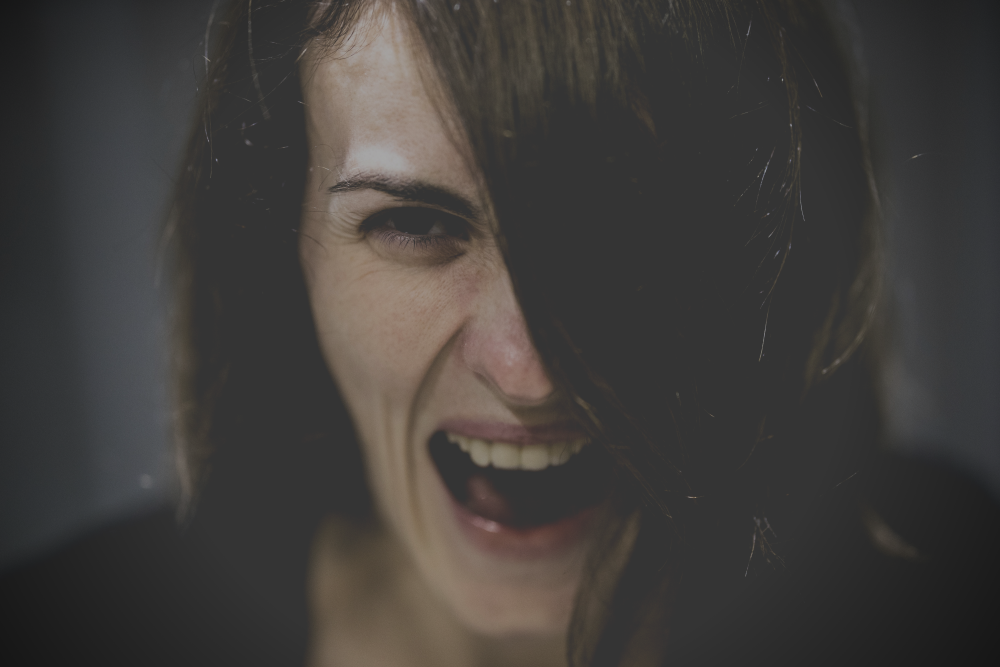 How to develop a healthy relationship with anger

Today I want to talk about something that’s often an awkward topic for us women — anger. I know. Just bringing it up can feel uncomfortable. After all, who wants to think about being angry? Much less think about how to develop a healthy relationship with anger!

But it’s such a hugely important topic. Not just for our psychological wellbeing, but also for our physical wellbeing. I’ve read some studies that suggest having a healthy relationship with anger can lower your risk of certain cancers, high blood pressure, heart disease and poor immunity!

The problem with anger

A lot of women that I talk to feel their anger is a problem. After all, we’re raised with the idea that “nice girls don’t get angry”. Or think we should sit quietly and speak when we’re spoken to. Very few of us are taught how to express our anger in a positive way.

But anger in and of itself isn’t the problem.

It’s actually a great thing, because it acts as an inbuilt warning system. Anger tells you when:

And despite what you might think, it’s not something that you can control.

See, anger is largely a physiological response. As humans, when there’s danger, we have a deep seated, programmed fight or flight response. It’s very primal; it’s controlled by the amygdala, which is the reptilian part of the brain which warns the rest of the nervous system when we’re threatened.

When this happens, the nervous system releases neurotransmitters that flood the entire body. Before we’re even consciously aware of any danger, we’re in the middle of this flood of hormones that’s giving us a huge boost of energy and actually altering our consciousness.

Everyone’s got the same physical system associated with anger, but the way we respond can be really different, depending on lots of factors. A few include your gender, the power dynamic you’re in (are you the boss? an unhappy customer?), and even how recently you’ve eaten!

Culture has a huge impact on how we deal with anger — men tend to have an easier time expressing their anger, since it’s more culturally accepted for them to be aggressive.

So while men tend to focus their anger outwards, women often focus it internally.

Sometimes we find ourselves “blowing up” on people who are nonthreatening, like children or a spouse, instead of getting clear on what the primary source of our anger is.

And while some men can get angry, express it, and then forget about it, women tend to feel ashamed, guilty, and resentful that they even had the angry outburst in the first place!

There are also a lot of physical factors that can make you more prone to anger. If your testosterone levels are higher than normal, if your blood sugar is off, if you’ve got low serotonin, if you’re going through menopause, or if you’re right before your period then you’ll be naturally be more irritable and likely to flare up.

Finally, and this is really important to realize: You can still be impacted in the present by times that you were angry in the past and weren’t able to express that properly.

(It’s also easy to “inherit” anger if you grew up in an atmosphere where there was a lot of anger or abuse, or if you were taught unhealthy ways to deal with your anger.)

A good way to recognize when you’re being triggered by something in the past is to look at how proportionate your response is to an event. If you’re having a really disproportionate response to an event — like if you fly into a rage when you’re emptying the dishwasher and you break a cup — it’s a good bet that it’s not about the cup.

Developing a healthy relationship with anger

OK, so you know what’s going on when you’re angry and why it happens. But how can you develop a healthy relationship with your anger?

For a lot of women, our go-to response to anger is to repress it, to hide it. But this is really damaging. Hiding your anger might get it off your mental plate for a short time, but it will always come out in another form, like depression, anxiety, chronic pain, or even addiction.

Of course, I’m not saying you should go the other way and just rain explosive rage on those around you whenever you’re upset.

What you need to do instead is to:

(1) Recognize that you’re in this physical state.

When you start to get the symptoms, like your heart beating faster, your palms sweating, your shoulders tensing, and your breath getting short … you’re in that fight or flight state. While there may or may not be an actual threat, your body feels like there is.

If you’re in a conversation with someone else when this happens, just say,

“You know what, I just need to take a break for a moment. Can we continue this in a little while?”

Then go away for 5 – 10 minutes, and once the hormones have passed through your body, you can come back and have a rational conversation about what’s going on.

(2) Let that anger out in a safe but honest way.

None of this thing where you calmly state what you’re angry about while you’re still inwardly seething. Get it out! Some good ways to do this are to punch a pillow, to turn the music up and dance your head off, do a really good workout.

Another thing I like to do sometimes is to give your anger a voice and write a letter about what you’re angry about. Don’t hold back, write it like you’re in grade three: “Dear poo-head, you made me so angry when you did that stupid thing and I hate your stupid piggy ears and your dumb voice…” It sounds silly, but it really works!

(3) Become a detective of your anger.

After you’ve gone through a period of anger and you’ve calmed down, look at things that could have triggered it and see what you can do to keep that from happening again. While there’s nothing wrong with anger, there’s also no point in putting yourself in situations where you’re going to be prone to it.

OK ladies, let’s spill. How do you deal with anger? I have to admit, I still struggle with it sometimes. What about you?