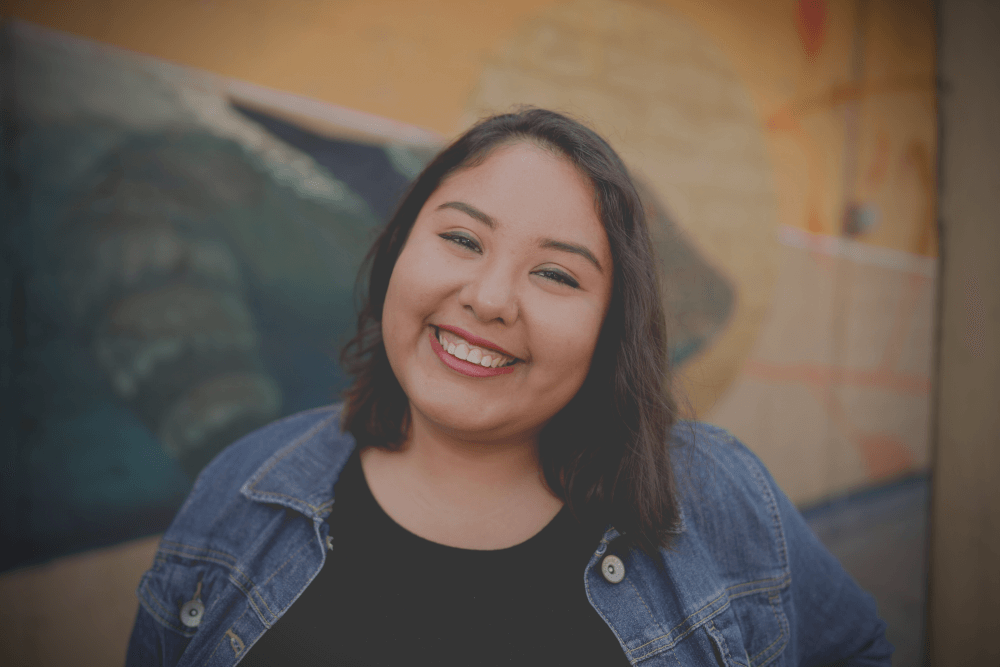 What coaching survivors can teach us about burnout

One of the most exciting aspects of the coaching tools we share here at One of many is the way they support women facing almost any challenge you can think of – and today I’d love to introduce you to a coach using them to support women in some of the toughest of circumstances. Anna is a One of many Certified coach who specialises in working with women who’ve survived difficult experiences like domestic abuse.

And today, she’s sharing her story of how collaboration and partnership is helping her develop this work – and why these tools are so helpful to her clients.

Domestic abuse is more common than you think

When I went to my first meeting at Newcastle Women’s Aid, I was convinced what I’d experienced wasn’t domestic abuse because of all those privileges I had – middle-class, well-educated white, relatively affluent…

I remember being there and thinking, it’s going to be this room full of low income, low education women. I had all these toxic prejudgments in my head. And actually? There were doctors and nurses and lawyers and teachers and people who worked in shops and stay at home moms and people who’d come from money and people who were on universal credit.

It’s the whole spectrum. The stereotype of an abused woman isn’t what the reality is.

Until I discovered One of many, I was so heavily masking everything that was happening to me. When I told people about what was going on under the surface of my marriage, people were stunned because the mask was so rigidly enforced to the outside world.

I got married young. I had a lovely house. I had a brand new car. I got promoted at work. I did my masters. To the outside it all looked beautiful, but it was this really rigidly held mask – because the thought of letting people see the murkiness underneath was horrifying.

The reality is it’s one in three women. If you know more than three women, you probably know a survivor of domestic abuse. Violence against women and girls is the extreme end of the masculine paradigm when it’s pushed to its most unhealthy.

But interestingly, it’s often  a variation on the same patterns many of us face – and that the One of many coaching tools are specifically designed to address. And that’s why I’m so excited to be delivering a program specifically for survivors of domestic abuse, supported by the Joan Daniell foundation – a fund set up by Angie Marien to help women who wouldn’t usually be able to access One of many‘s programs.

Because I know just how powerful these tools are.

How One of many coaching tools support survivors

I’d done a lot of support programs with women’s aid when I started being coached. But experiencing coaching meant I was making really rapid progress in comparison to the other people who were going to women’s aid with me – because of the One of many tools. So our aim with this program is to really turbocharge that process of rebuilding your life.

Most of the women I work with are people who have experienced some kind of trauma. And the thing that I think they all have in common is that for whatever reason, that agency has been taken away from them,

When we do their Women’s PowerTypes Profile (a tool that demonstrates how much access you have to the 5 archetypes of powerful female leadership), quite a lot of them have very high scores on their Mother PowerType, and very low scores on their Queen PowerType – in just the same way that someone experiencing overwhelm does.

And when you know how abuse works, it makes sense. One way that perpetrators keep people in relationships over the long-term is to make it feel as if your abuser is dependent on you.

That part is often surprising to people.

I think people can get their heads around the direct violence, whether that’s verbal or physical, but there’s also all this persuading and gaslighting, making you doubt your reality – till you’re constantly sacrificing your needs to keep them happy.

So that pattern of sacrifice versus self agency is actually quite common over what you’d see with a woman in burnout in a corporate environment.

When you’re experiencing domestic abuse, you get to the point where you’re trying to fix everything for everybody. You’re so tuned into one person’s mind shift in emotion that actually, you just extend that outwards to try and please more and more people.

When we do The Hearth and Realm process, where you identify who are the most important people in your life you’d sacrifice your energy for, and create some boundaries around that – it’s often really confronting for people. Because you see the extent of it, and begin to think very consciously about who you actually want to have at your Hearth?

It can be really isolating. I think my very first post in the BeOne community was me sharing how alone I felt after completing that process!

And that was definitely something I wanted this program to address.

So as well as the individual coaching sessions we’re also having a monthly circle to talk about some of the themes that come up and get that peer support.

It felt really important to include that, because of how isolating domestic abuse is. One of the hallmarks of how it works for perpetrators is that they isolate you.

And when you leave, it can be really difficult to go back to some of those friendships. That’s exactly what I found. There were some people who, when I explained what happened, listened and accepted me. But quite a lot of people were really uncomfortable with it, who didn’t really know what to say. And so I actually found myself in quite a lonely place.

So I really wanted as well as one-to-one for there to be this idea of peer support.

What’s next for the program?

Well, when it comes to this pilot program, I’m in partnership with someone who does data analysis for the Care Quality Commission. Who’s also a survivor of domestic violence.

So as well as the anecdotal evidence of the effectiveness of coaching, we’ll actually have some data as well. It’s really exciting. I’m hoping it’s going to produce some robust evidence for why coaching is the right model for supporting recovery.

And in terms of the women I work with, well as my business grows, I am starting to find some of my very first clients starting to return and think about what’s next. You know, I listened to a podcast a while ago talking about the 5 stages of grief. And one of the people who originally helped share that concept has come up with a sixth stage – creating meaning.

For a lot of the people that I work with, once they’ve got to acceptance and to living the life they want to, they begin to feel this pull to make it mean something. That becomes their vision and purpose. And that’s when they come back to me to create the next phase of their vision without burning out.

We don’t need to be “fixed”

I think sometimes the preconception that some women come to me with is that “I’m going to do 12 weeks with Anna and I’m going to be fixed”.

But moving forward, I’m seeing more and more, my role is embodying the wisdom that you were never broken, and we’re never done.

We’re saying, you know what? It’s always okay to not be okay. And we all need a loving network.

“Yeah, it’s messy and hard. And I’m just out here trying everyday to embody who I want to be and that’s okay. I’m going to go wrong. And that’s okay.”

Because the grace to do that I think is one of the biggest challenges of life. To not just own the good stuff, but to own the hard stuff as well and still value ourselves.

Quite often we’ll say “Well – this positive thing is true.” and then we cancel it out with something “negative”.

Like “I am kind, but minus when I did this thing”. And that means that I equal this amount that is lesser.

I love moving women into the “and” mindset instead.

Yes, you’re kind and you snapped at your kid. Doesn’t change the sum of who you are.

I think that’s really revolutionary to own your full self.

I am imperfect. I am untidy and a bit disorganized and not very good at not swearing in situations where I shouldn’t swear.

If you or someone you know is currently experiencing domestic abuse, contact Women’s Aid here.

And if you’d like to find out more about the One of many coaching tools, you can watch our free training “The Secret To Coaching Women” here. 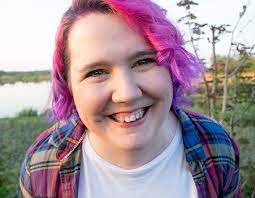 Anna Knight is the offbeat life coach helping women and nonbinary people own their individuality, release their pasts and create the incredible, joyful futures they deserve. You can find her hosting the Navigating the Storm podcast or on most socials using @annaknightcoach. Anna has just opened pre-registrations for “Date Yourself” – an 8 week transformative group programme for people who are done being at the bottom of their priority list and are ready to fall wildly in love with themselves instead. If you’d love to become your own soulmate, register your interest here.